Views like this one, capturing the marine layer rolling across the San Francisco Bay towards the Port of Oakland, are the kind that first attracted me to photography. I took this picture nearly four years ago, during my sabbatical to the Bay Area, when I was still shooting with my Nikon D7000 (already antiquated tech in 2017); I can’t want to be able to safely revisit Berkeley’s Grizzly Peak to capture more cityscapes with my new Sony a7R IV. 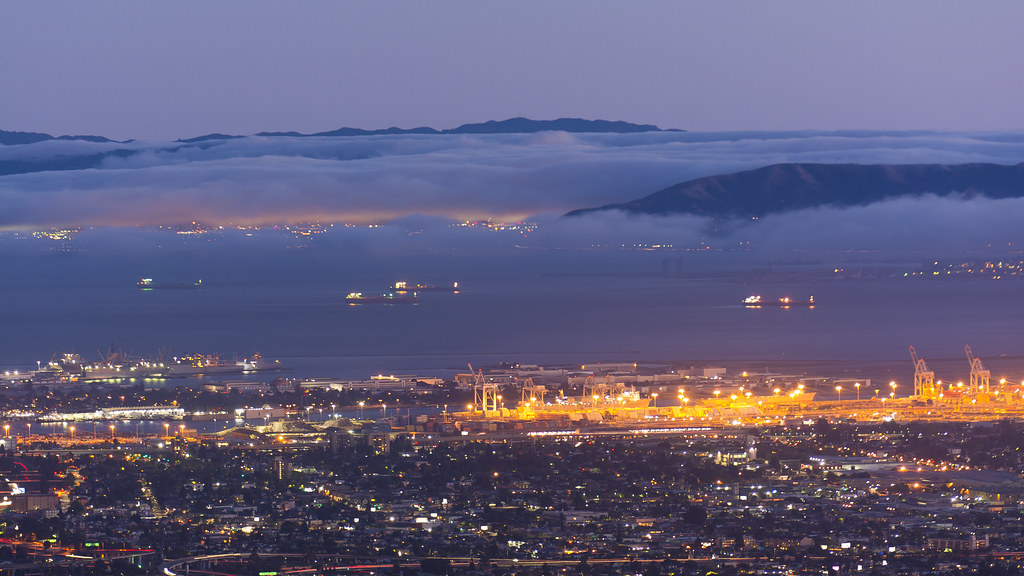 The Bay Area is already the setting for numerous cyberpunk adventures (like William Gibson’s classic Virtual Light—ironically set on the now-dismantled Bay Bridge in the “future” of 2006); applying a little Blade Runner grime to the present-day Port of Oakland and the towers across the Bay seems very appropriate. 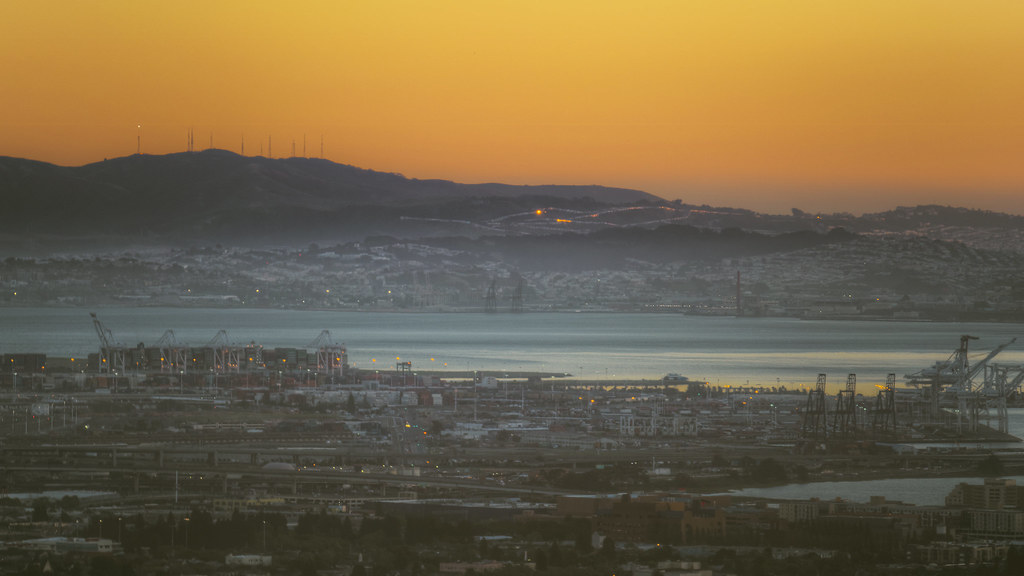 Above the city are layers on layers of different air, varying in composition, temperature, and thus density. At sunset, that makes for lots of scattering and color. With the passing of the Solstice, my sabbatical in Berkeley is coming to an end. My softly nostalgia-tinted reminiscences of the Bay Area are now doubly-glazed: the refried beans, twice-baked potatoes, or biscotti of memory. All three options sound delicious. “All things are transient,” said my scientific collaborator, with just a hint of irony. From up in the hills at Berkeley Lab, where we study the way that light and matter interact, he meant it in three senses:

In the face of all of that transience… Might as well go for a drive. 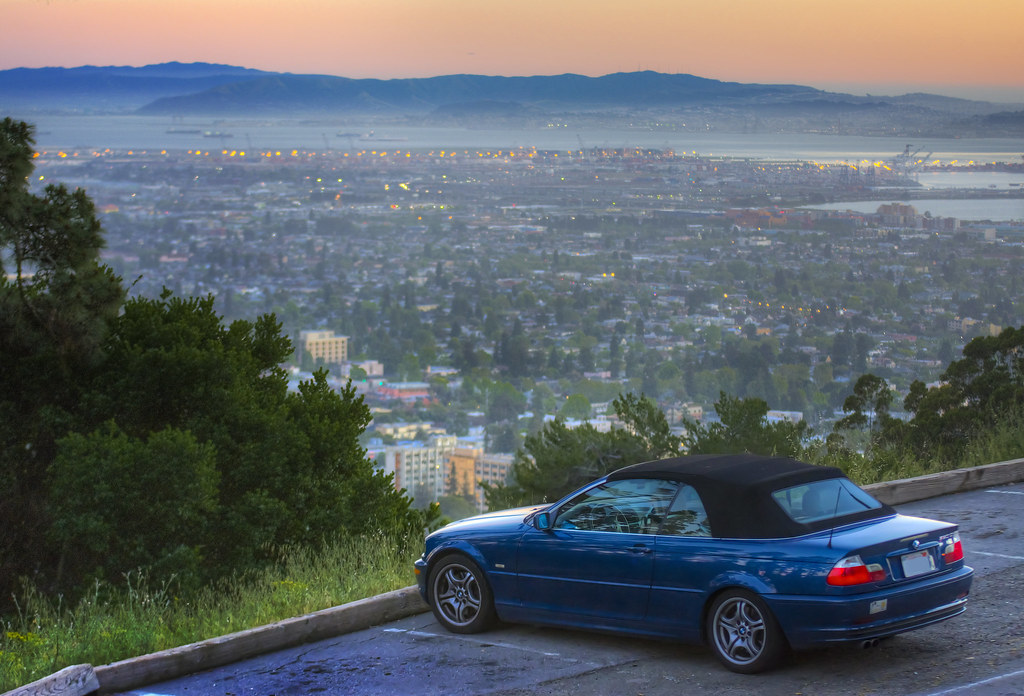 If this week on Decaseconds has had a theme, it has been structures suspended over water at sunset. It has also been a week of long-exposure shots that live up to the site’s title. Hoards of gulls riding on the waves are reduced to weird ghost-blurs in the foreground of the San Francisco Bay Bridge, Yerba Buena, and the Port of Oakland. 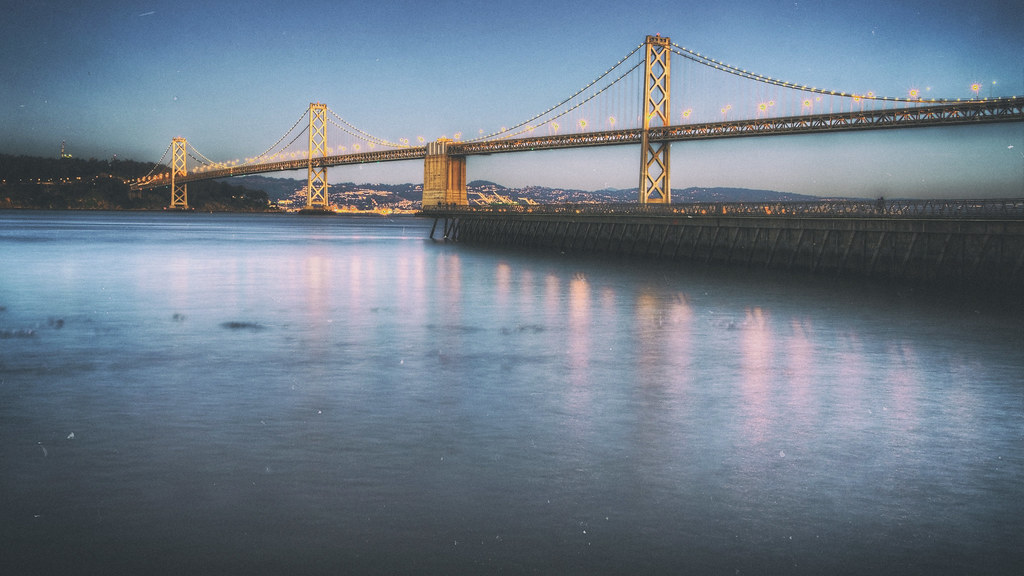 Toaster glow sunlight was the result of through marine-layer haze coating San Diego every evening. I couldn’t help but notice the three abnormally large ships in this image: In the distance, two Navy aircraft carriers are the essence of industrial, practical form. Moored in the foreground is a truly massive sailing yacht that is 100% style. Look at how it dwarfs even the ostentatious motorboats beside it. Quite the contrast. 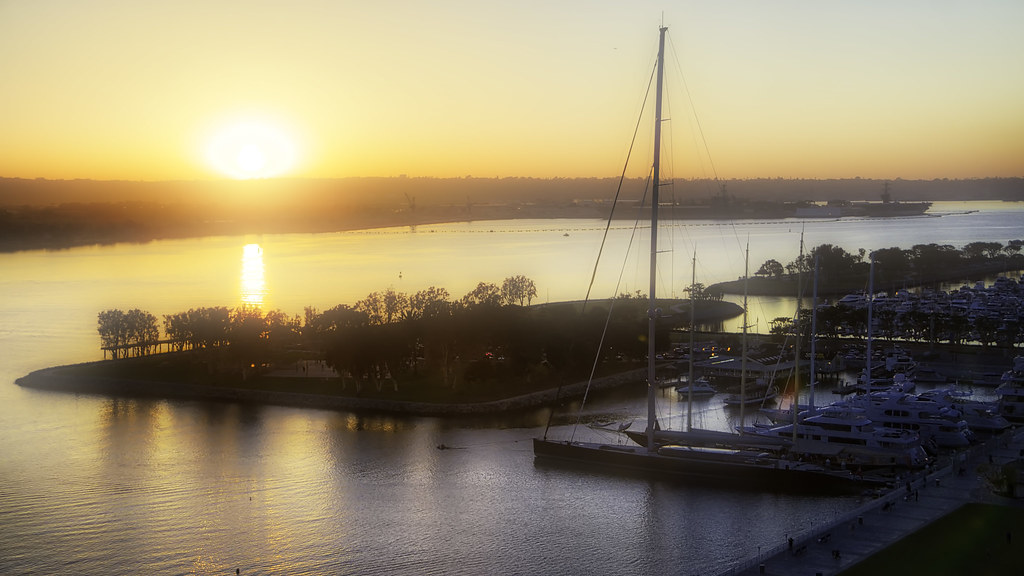 This photograph is a double-case of finding interesting details by looking away from the obvious. On one hand, this subtler image was captured opposite an intense sunset over San Francisco. The color palette is heavy with pastels, but accented with a few harsh reds from Oakland in the distance. In the image itself, there’s a tiny building under the right-hand span of the bridge. Seeing something so (let’s say) adorably sized next to something so dominant and enormous makes for a charming contrast. 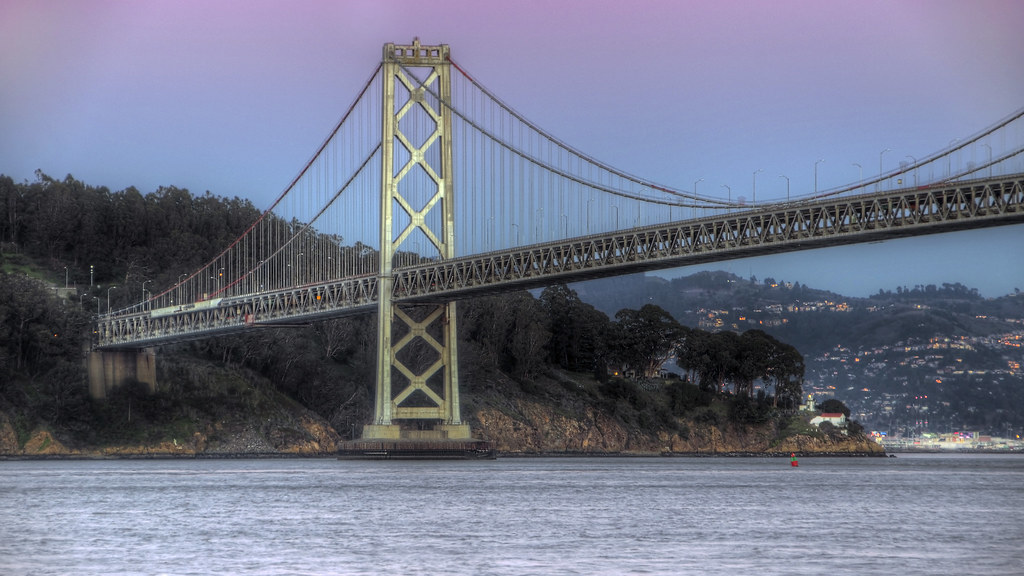 Across the San Francisco Bay, under the shadow of the East Bay hills, the Port of Oakland hums busily along. From far away and in the golden light of sunset, it’s easy to forget the sophisticated dance of distribution that keeps the urban tangle of the Bay Area alive.

Whenever Photomatix releases an update, I like to go back and see what I can do with old RAW files and new software. This shot is a little bit older now, but I fell in love with the way it captures so much of the Bay Area in a single image: the Port of Oakland on the left, bits of Berkeley on the bottom-right, the Bay Bridge and Yerba Buena in the center, and San Francisco itself on the right. For so much of the year, the sky is absolutely clear until the marine layer blankets the bay in fog. The fog was just sliding over the hills as I took this shot; in a few minutes, the city had disappeared.