I found myself returning to one of my earliest Decaseconds posts (almost exactly 11 years ago) as I updated my Top 32 album on Flickr—the digital portfolio where I display my best (or simply favorite) photographs. Finding “Waves and Rocks Dwarf Man” in that set, I saw both the excellent light and composition that my old Nikon had captured in 2011, as well as all of the places where my choices in processing the original image now left my unsatisfied. Rather than simply reprocessing that original image, I went back to the folder of camera raws from that day and selected an image I took just moments later to tackle. (Always keep save those raw files!) I not only like this composition better than the older one, but I also feel that I have brought something new out here, rather than simply reprocessing something old. 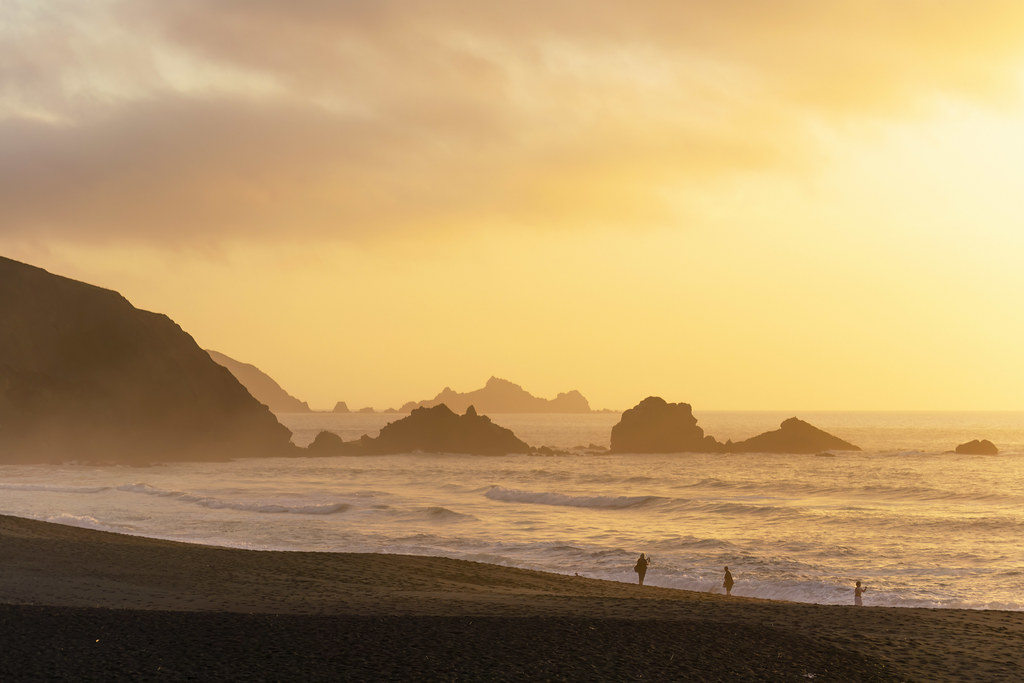 Spending an afternoon on the pier in Pacifica, CA is as good a time as any. Crab fishing has its varied sets of tools and techniques, but the experience to me has been about more than that. Cooking on a portable hibachi and getting crusty with salt spray is the real core of the process. 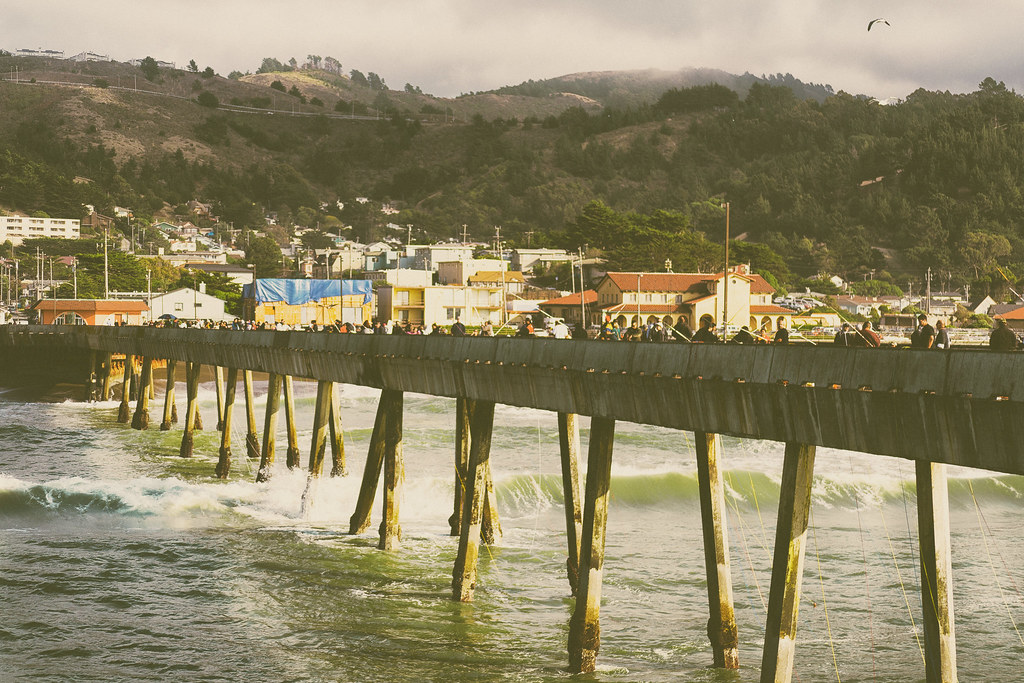 Of all the plant phyla, I’ve always felt a particular affinity for the conifers. Those spiny softwood survivors have a diverse yet particular set of aromatic compounds that accompany them; I can chart a lot of happy memories to pine or cypress groves and their applied organic chemistry. Starting on the east coast, through the midwest, and finding myself in grad school on the west coast meant contact with a lot of different species. These ocean-wind-sculpted examples from Pacifica, California are particularly dramatic. 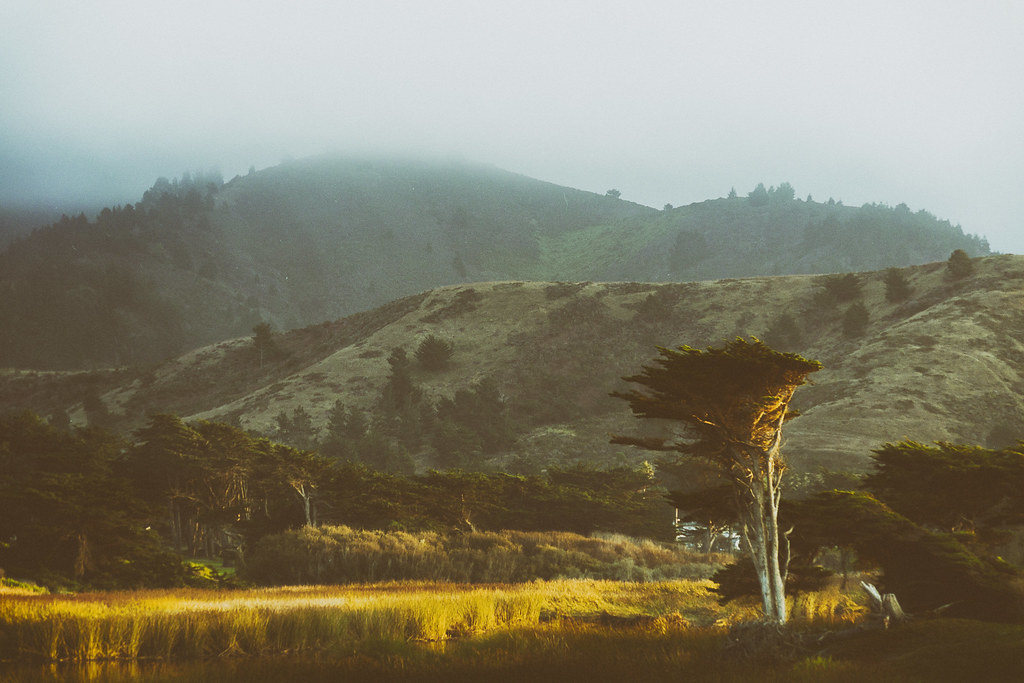 Looking back on some of my earliest shots of the California coastline this evening: Light-leaked soft blues and golds are the colors. Is the soundtrack the jangle of surf music guitars or just the crashing of waves? 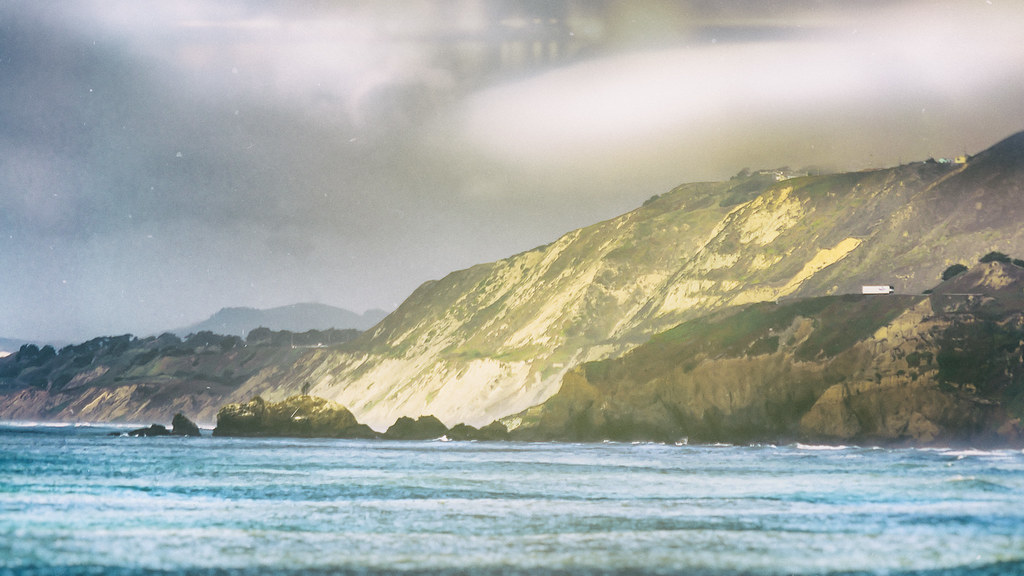 California coastline is so much bumpier and more dramatic than the eastern locations I grew up with. Can you spot the two tiny people on the left cliff, overlooking the water? Nothing like a couple of tiny people to provide a sense of scale. This object is not made from wood. (Though the far-off tree in the background is…)
This is is the top of what was once an anchor. Oxidation has transformed iron(0) metal into acres of iron(II) and iron(III) oxides of odd morphology. 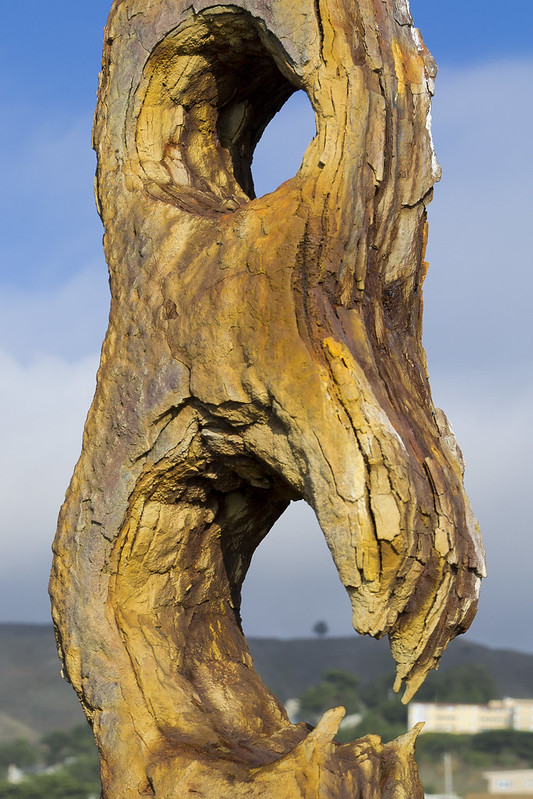 Coastlines are so common in stretches of California that they are just a bit mundane. The subdivisions and mid-twentieth-century houses along the shore just don’t seem exotic or strange enough for a “special” place. Seeing a picture like this one makes mid-80s synths play in my head. 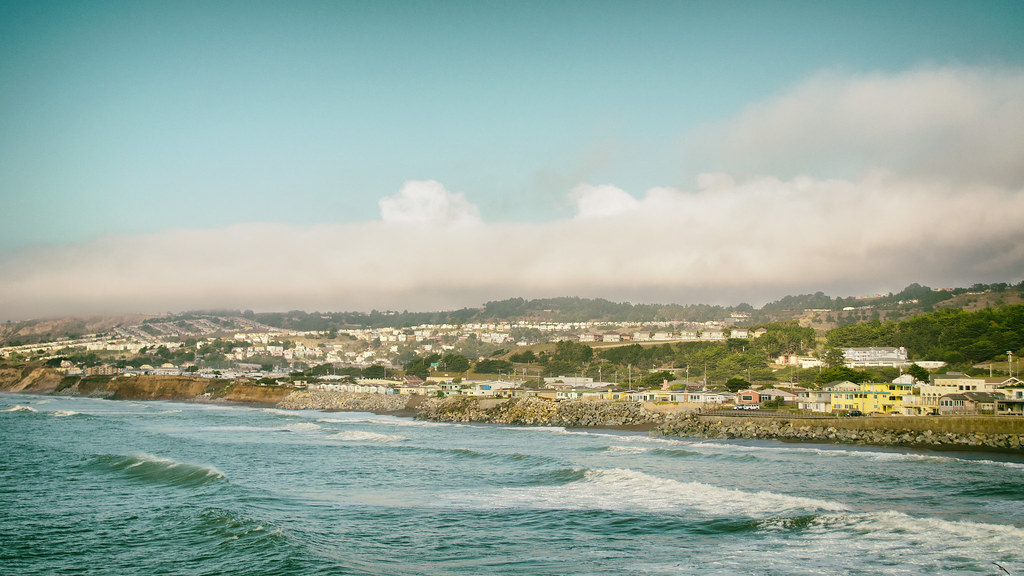 This little canyon ends at the beach, and its miniature stream flows back and forth with the tides. On this particular evening, it was starting to rain as the sun set through the clouds. The beach was abandoned, and whole scene felt post-apocalyptic.

If you give people a maleable surface and some privacy they will almost undoubtedly deface it. This is certainly true on this soft, well-worn sea cliff on California’s coast. It was difficult to make out much of the writing but it is evident that someone sure wanted to make sure that heart would endure. Almost makes one wonder if the original artist periodically comes back to touch up and admire their handiwork or if the heart just serves as a painful reminder any more.

It’s great to be able to head to a beach like this, without the hustle and bustle of more accessible beaches, just to hang out and read a book to the soundtrack of the crashing waves.

What I really liked about this shot taken on the California coast (you may recognize the creek from previous postings) is the contrast of the reds in the rock with the green of the shrubs hanging on for dear life. The erosion of the rocks is also particularly pleasing.

Beaches are wonderful, no? The surf is so majestic.

Sometimes I forget how awesome real ocean surf is.

Captured at the same beach as the shot posted earlier this week though from a slightly different perspective this time. Here you can get a better look at the waterway connecting with the ocean. I think that the steep bank above the waterway creates a cool looking effect, distorting the sense of scale.

The coast near Pacifica, California has some gorgeous, craggily coastline. All kinds of people were out walking their dogs; if I were a little braver, I would have gone over to shoot portraits of them, as well. Still, composing everyone together into a landscape produced a pretty satisfying result. The old man on the log looks more idyllic than I could have hoped.

I was initially disappointed that it was such a misty evening, but the upside was that the contrast was lowered to the point where I could produce HDR images from a single RAW photo.