My past couple of posts have been images of San Francisco, foregrounded by nature and suburbs—the style I like to call a “civilization gradient”. This image similarly presents downtown Oakland, California, past the hilltop homes and Cal fields of Strawberry Canyon and through the invasive alien leaves of Berkeley Lab’s eucalyptus trees. The HDR processing techniques that Brendan and I use are perfect for settings like this, with an array of light intensities across a broad landscape. 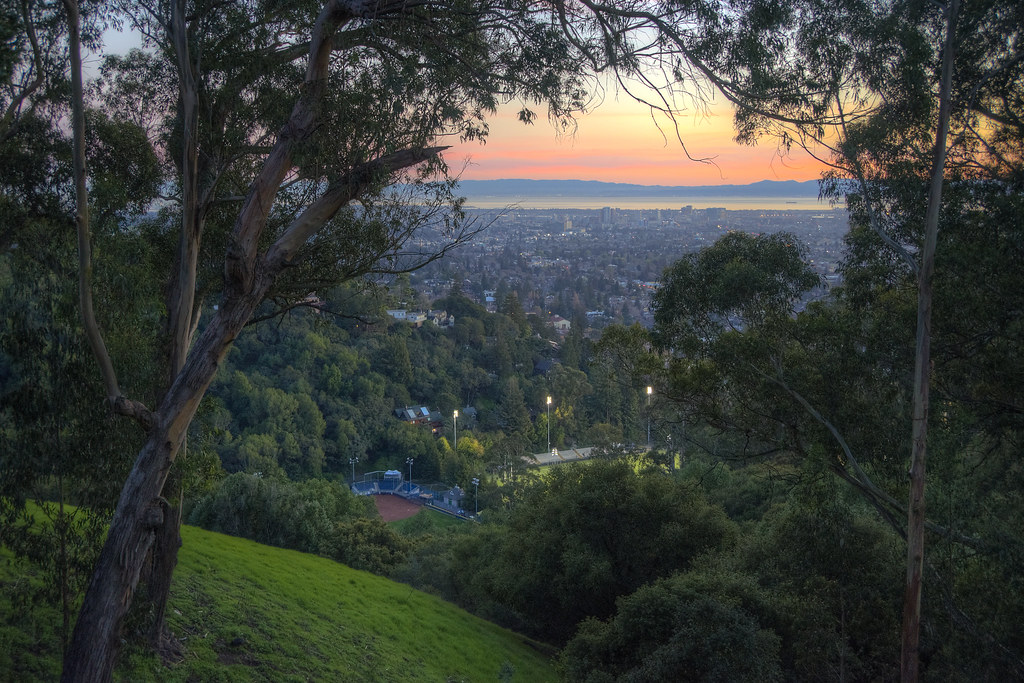 The work day is ending and the eight-to-six employees are returning home. They meet in bars or at rec leagues or around the table or in front of the TV, but the hour is still too early to head out for a night’s adventure. In between work and nightlife is dinner time. We’re not tired enough to go to bed yet; the night is young and full of paths over which to integrate (to borrow Feynman’s view). 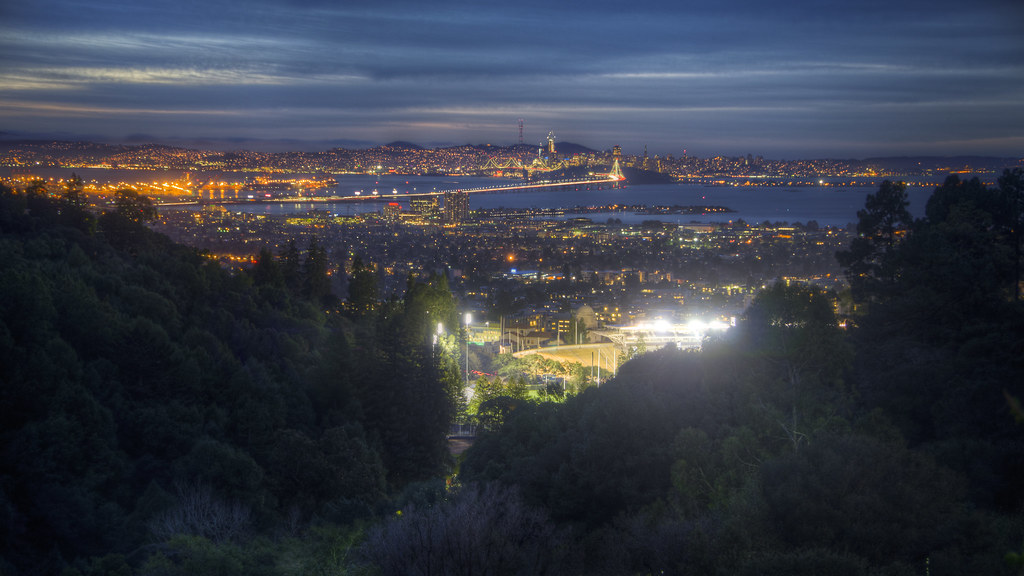 The roars and gasps of the crowd could be heard all over town: Friday night football in the North Country of New York. St. Lawrence’s Saints dominated Morrisville to the tune of 28–0. From quadcopter, the action on the field is just a bit out of range. One of the recurring themes of my work is the civilization gradient between densely human areas and wilderness; I view this picture as another interpretation of that theme. There’s perhaps no urban center in Canton, but there are quaint homes and university buildings giving way to farmland and, eventually, the foothills of the Adirondacks in the distance where the Earth begins to curve. 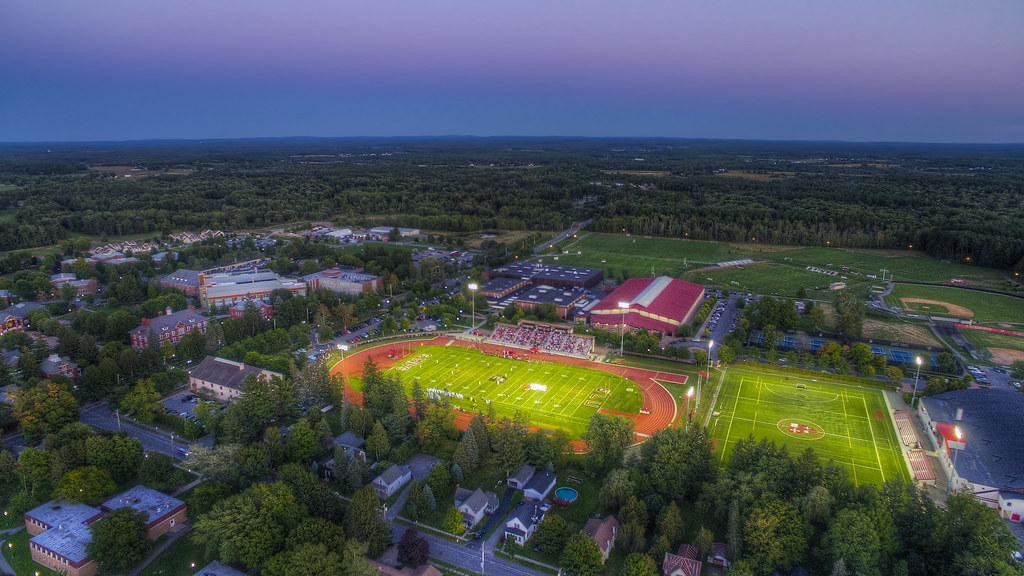 Sunset after an aggressive summer thunderstorm is a strange place of pinks and blues. I had the chance to wander UC Berkeley’s Memorial Stadium when it was nearly empty one Saturday afternoon. The texture of the weathered concrete is so rough and irregular compared with the smooth, almost-glossy metal of the stands themselves. When free of student mass, it makes for a lovely study in perspective.

Reality has taken this title a bit too literally. UC Berkeley’s Memorial Stadium is set into the hills above campus, but the degree to which this is true doesn’t become apparent until you see the surrounding two-story homes towering over the field. There’s a charming nonlinearity to the combination of massive, epic sports arena and charming local homes.

I spent last week trapped in the San Diego convention center for the national meeting of the American Chemical Society. I say, “trapped,” not because the meeting wasn’t interesting (it was), but rather because convention centers give me precisely the feeling of being in an airport without every having the chance to actually leave. The same cheapy-modern design, the same overpriced food, and the same sense of being surrounded by other people who are just as unfamiliar with their environment as you are. It’s all a bit alienating.

Still, the “Historic” Gaslamp District (Come see the 2002 Borders building, a relic of a bygone era!) can be reasonably photogenic at sunset. The area around the convention center, much like Miami, is overfilled with palm trees that always feel a bit odd in comparison with the native plants. In spite of all that, the sun reflecting silhouettes off the polished glass facade of a building makes for a gorgeous skyline.