Thanksgiving in Palm Springs has 100% more hot tub than might otherwise be expected. Can you spot Hazel the dog, on guard for coyotes? 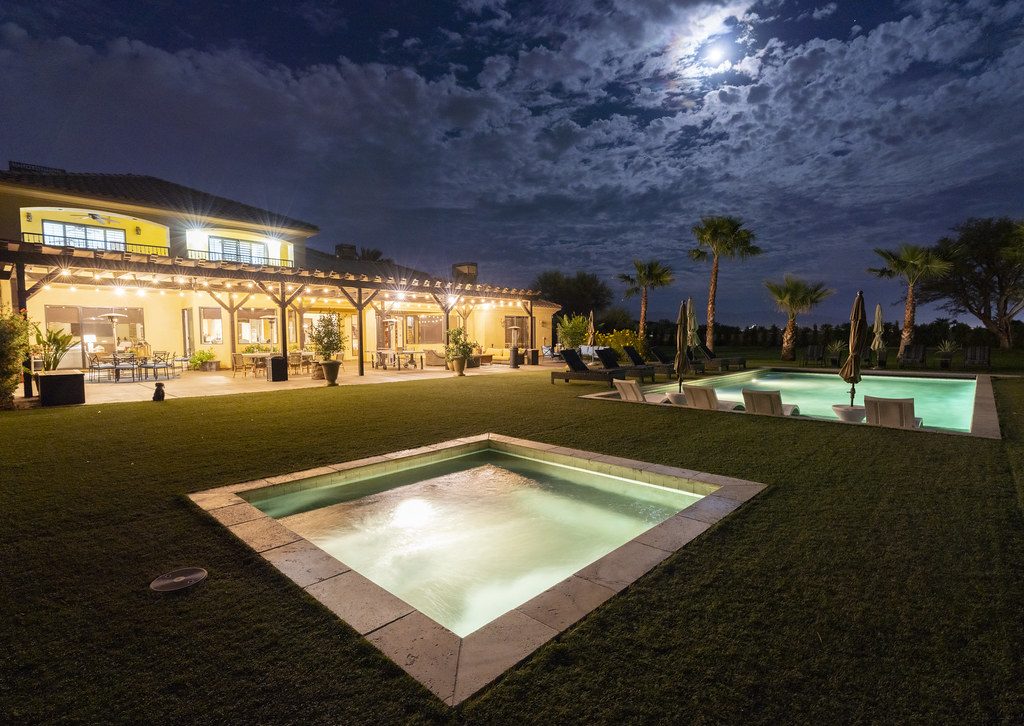 The rooms are not the only thing nice about KITP/UCSB.

UC Santa Barbara seems like paradise compared to northern California, being basically directly on the beach. On this campus the Kavli Institute for Theoretical Physics stands out as especially great. Take, for example, this room just off KITP’s library, used as overflow office space for visiting graduate student associates. It has a fantastically high ceiling and overlooks the beach. Makes it hard to get work done!

I spent last week trapped in the San Diego convention center for the national meeting of the American Chemical Society. I say, “trapped,” not because the meeting wasn’t interesting (it was), but rather because convention centers give me precisely the feeling of being in an airport without every having the chance to actually leave. The same cheapy-modern design, the same overpriced food, and the same sense of being surrounded by other people who are just as unfamiliar with their environment as you are. It’s all a bit alienating.

Still, the “Historic” Gaslamp District (Come see the 2002 Borders building, a relic of a bygone era!) can be reasonably photogenic at sunset. The area around the convention center, much like Miami, is overfilled with palm trees that always feel a bit odd in comparison with the native plants. In spite of all that, the sun reflecting silhouettes off the polished glass facade of a building makes for a gorgeous skyline.

A recent trip to San Diego gave me a chance to wander around the gorgeous La Jolla Shores neighborhood, home of UC San Diego and the Scripps institute. The salty air on the beach really speeds the degradation of structures; when you take that in combination with the minimalist concrete structures favored by UCSD, you can get some really dystopian looks. When you combine this with the traditionally “idyllic” beach, it makes for a disturbing contrast.