Lovely, gentle dusk colors—pinks and magentas and purples and aquas—settle over San Francisco and the Marin Headlands, but it barely touches the bright red (technically International Orange) of the Golden Gate Bridge. Sutro Tower has a Neo-Tokyo style at any time of day, but a hazy orange sunset adds a layer of Blade Runner/Cyberpunk 2077 style to the overwatching structure. On this year’s Martin Luther King Jr. Day this year, the coastal roads through the Marin Headlands were completely packed with people searching for the perfect view of San Francisco and the Golden Gate. A history of design and engineering is visible from the Marin Headlands in the Golden Gate Bridge and San Francisco beyond it. That’s visible at every hour of the day, so I must conclude that the people jamming the roads earlier on the evening of this image were mostly there for the combination effect with the sunset. As the crowds decamped for dinner elsewhere, the blue hour brought my favorite views of the city.

This is the blue hour; sunset is over. That soft, rosy hue in the far-off sky? The product of 100% anthropogenic light. 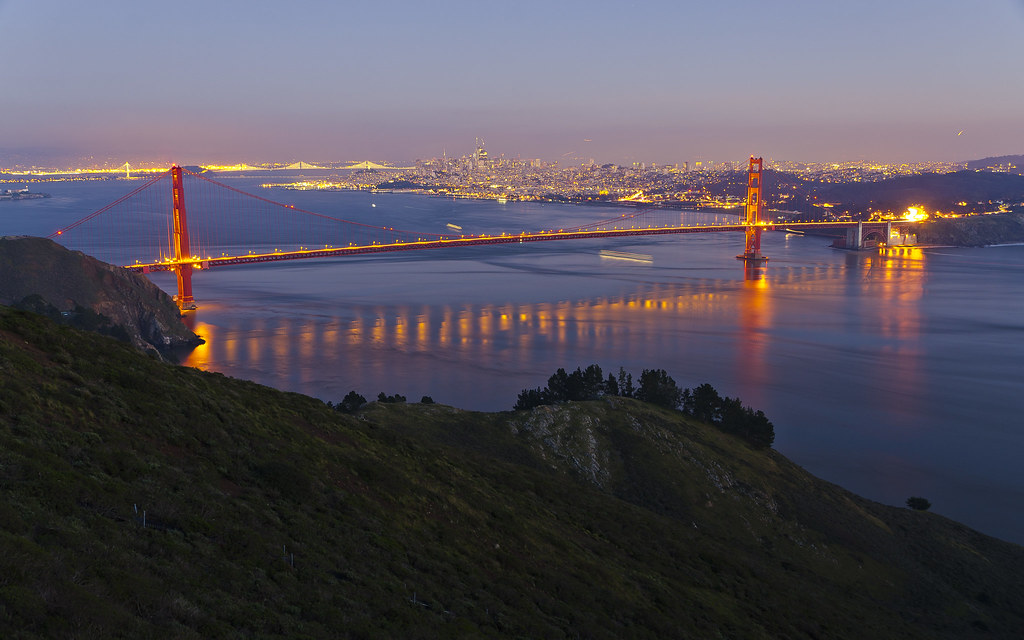 The Bay Area features a surprisingly large number of preserved open spaces. The lone figure on the hillside, looking from the relative emptiness of the Marin Headlands across to the grid of San Francisco residences, emphasizes the point well. 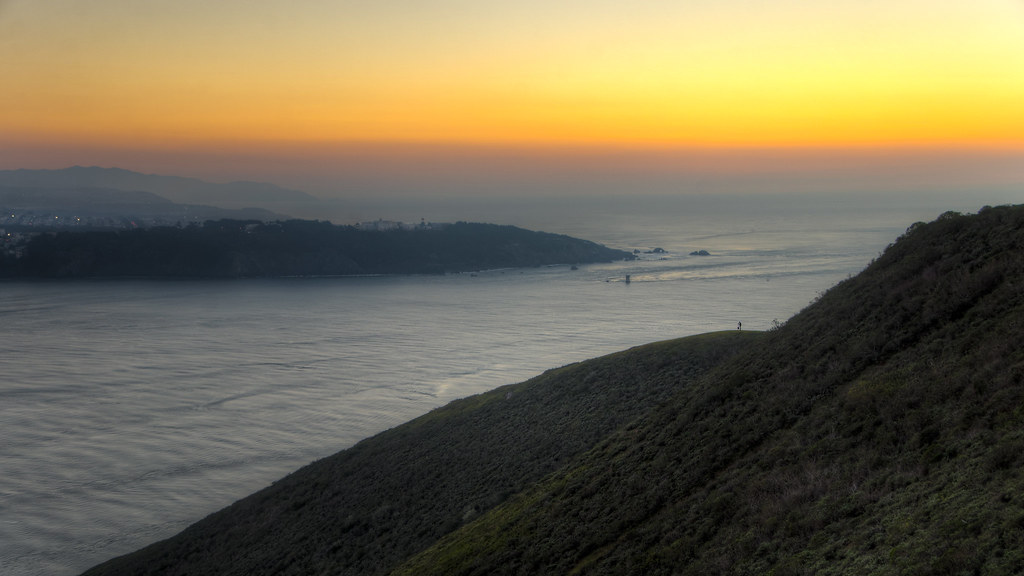