The archway in the center of Trinity College’s Northam Hall is a welcoming place with the warm glow of dusk passing through. 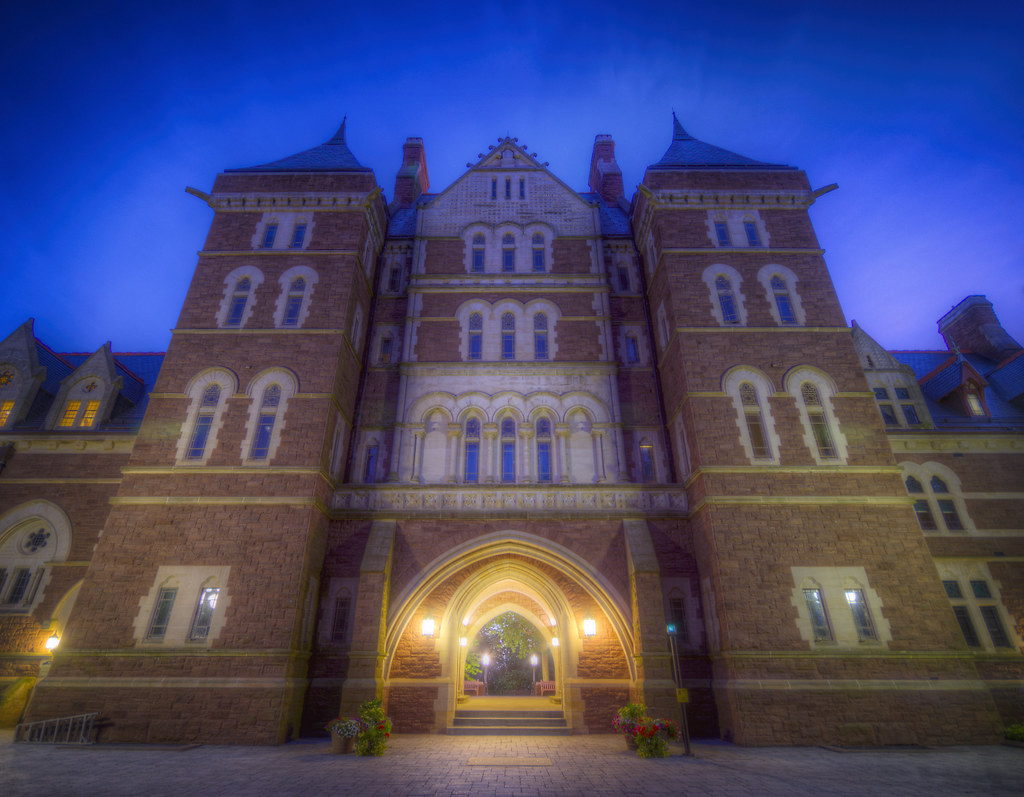 The collegiate gothic architecture of Trinity College developed over decades, but the crenellations atop the Chapel and Downes Hall tie the structures together. A certain anthropologist encouraged us to visit the Catacombs of Paris, and we were stunned by the walls of bones. In a decades-long project, more than six million remains were moved to caverns under the city. 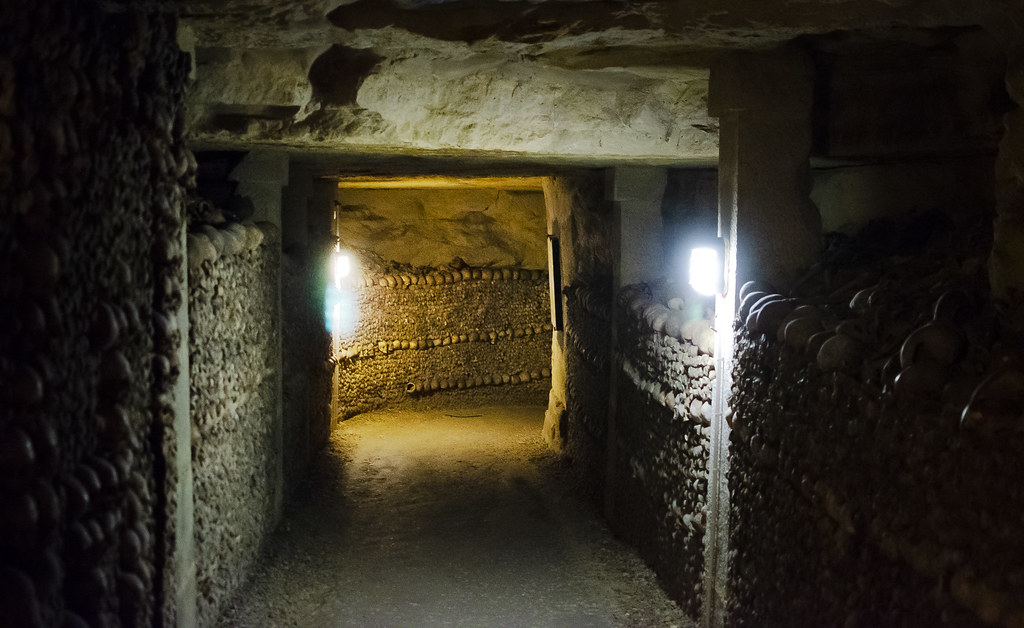 I’m not sure I was really prepared to come face-to-face with so many skulls. 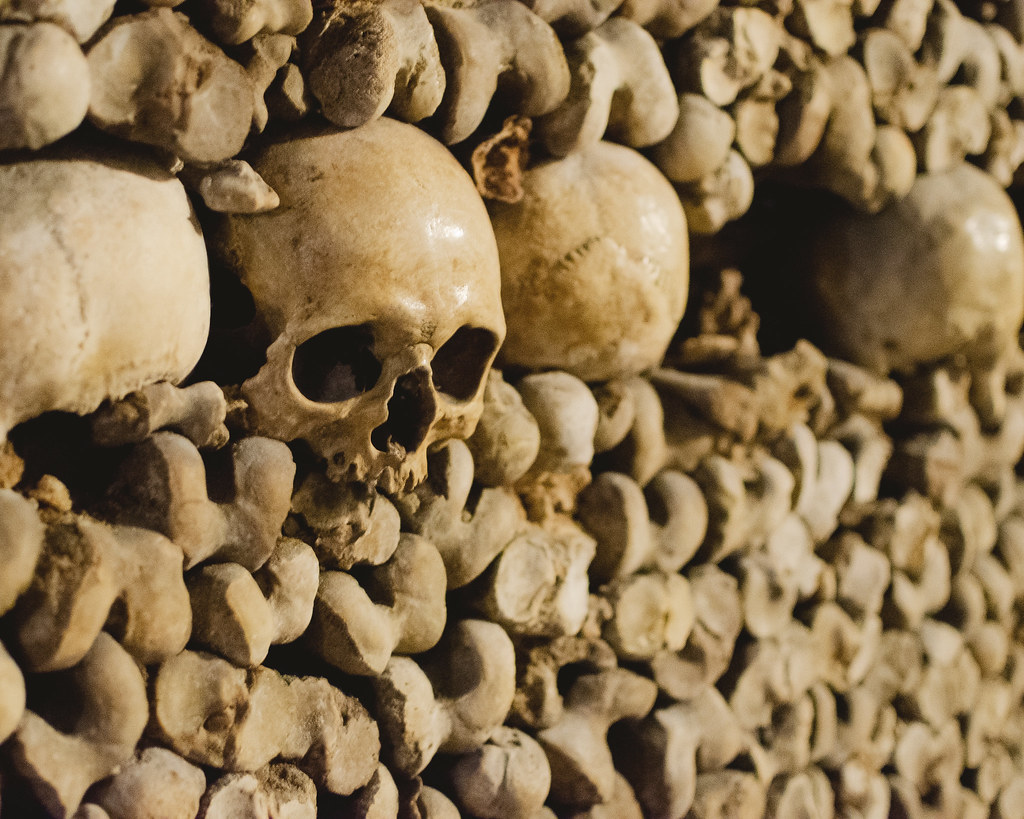 I want to contrast the bright fall colors from my last post with the broad spectrum of colors that can originate from different types of light sources used by humans every day. Where better than the neutral-colored stone of the Cathedral of Learning? Magentas, greens, warm yellows: emission and reflection can both offer a rich array of photons. 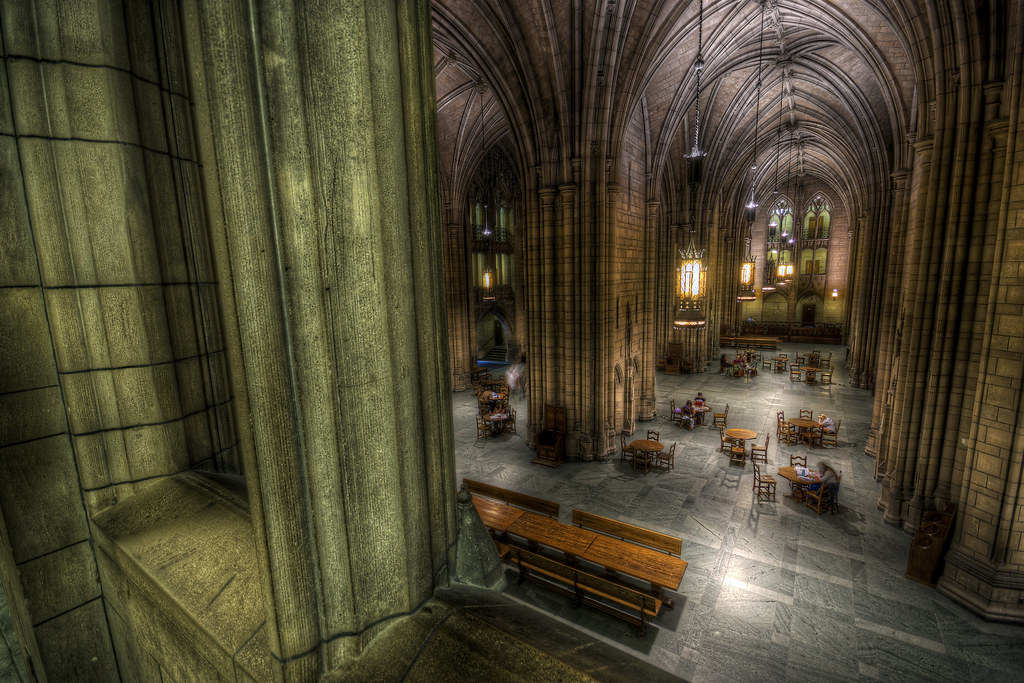 On a cloudy day, the Cathedral of Learning at the University of Pittsburgh has a softness to its stone exterior. (Its interior, as I’ve shown in the past, is equally stunning.) The sense of scale to the image (and the distortion of the wide-angle lens) can play tricks on your mind, making the whole scene seem smaller than it really is. To get a feel for the imposing/soft contradiction, concentrate on those improbably small revolving doors. They must be human-sized, right? The heart of the High Victorian Gothic beauty of Northam Hall is supported by this gorgeous archway. The Harry-Potter-esque tower springs up several stories above it, but nothing quite grabs my eye like the last golden strings of sunlight peaking out. This was my home for a year during my time at Trinity College, and this time of day was always my favorite.

UC Berkeley’s Bowles Hall holds the distinction of being the oldest dormitory on campus, and probably the most durable; despite a huge variety of attempts to dismantle it or convert it to other purposes, the hall and its fraternity-esque traditions remain.

Designed by George Kelham, it also happens to be one of the most beautiful buildings on Berkeley’s campus. I’m a particularly huge fan of California Gothic and the way concrete is used in place of stone to similar, but cleaner, effect. The ability of HDR tone mapping to capture that texture without losing the detail in the windows is a great demonstration of the technique for a practical, as well as artistic, purpose.