Safari is South Africa is already a lovely experience, but the sense of interacting with Nature one feels on an afternoon, just after a rainstorm with the air filled with petrichor, is superlative. 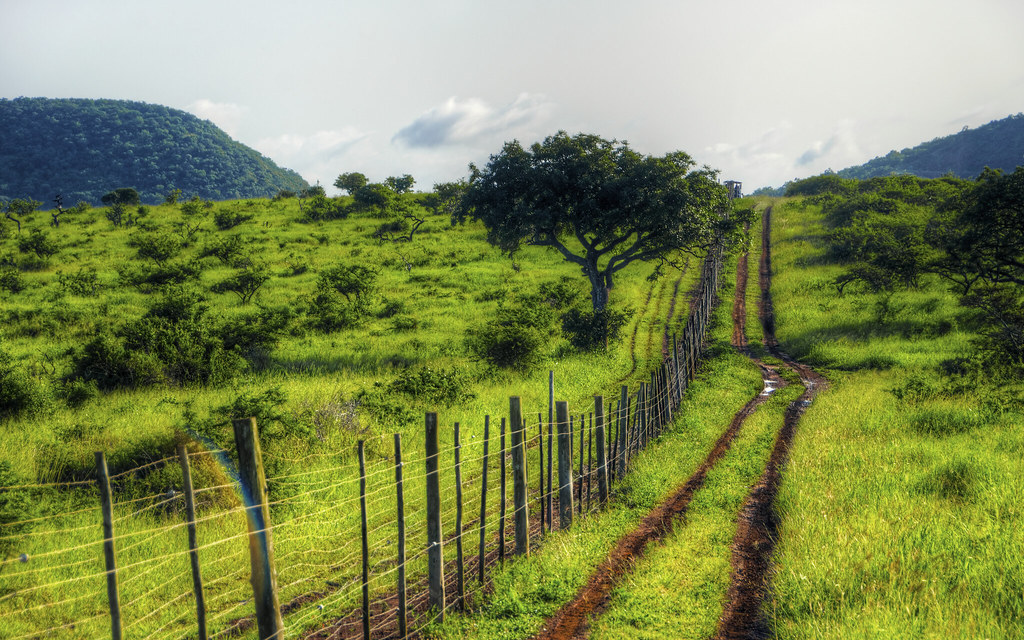 I felt like a single image couldn’t capture the feeling; the damp darkness of a rainy day is better conveyed in this acacia. It’s the first day of class for St. Lawrence today, so I’m getting ready and looking towards the future and so forth, but it’s also a great time to look back on the past. It’s been more than a year since I visited South Africa, and when it’s -15ºF on the walk to work, thinking about the Zulu Nyala game reserve can bring back some pleasant memories. It’s the details that stick with me: the fences made from whole sticks of wood, rather than boards, and that particular red color of the soil. 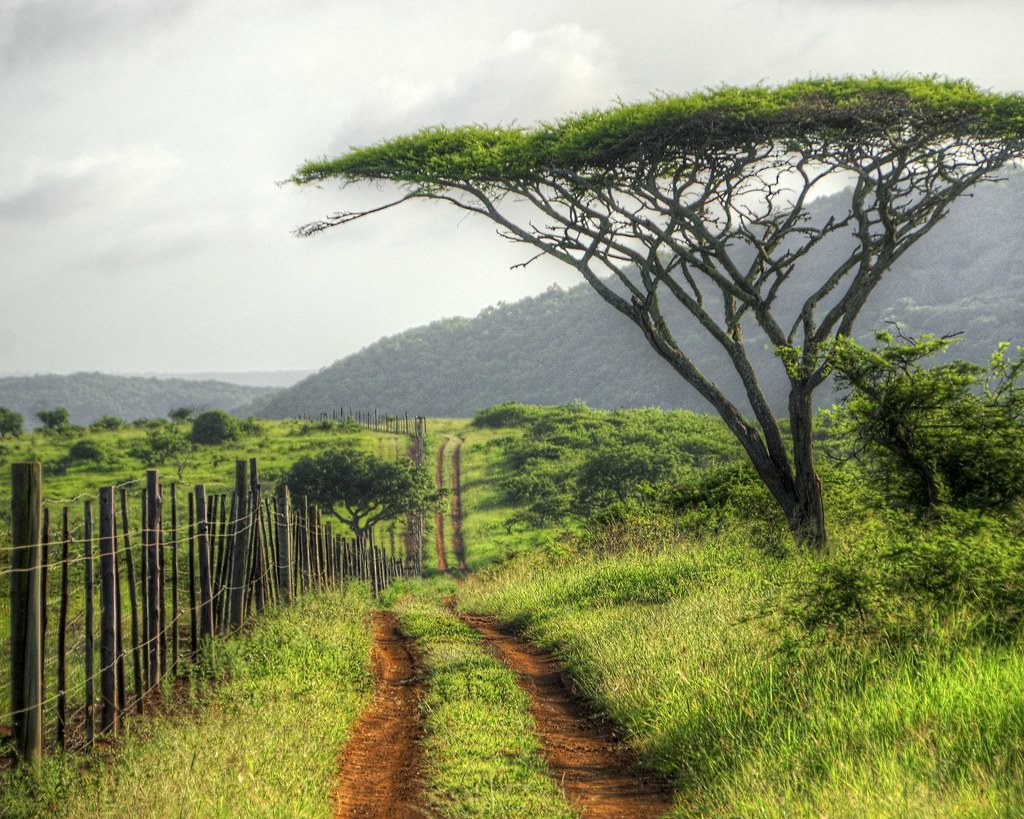 For Halloween, what better scary and spooky sight than an abandoned farm? The creepier part comes in the origin of this particular farm: this is part of the abandoned set of “I Dreamed of Africa” in Zulu-Nyala near Hluhluwe, South Africa. So this is an abandoned, decaying facsimile of someone’s imagined African paradise. Eerie! 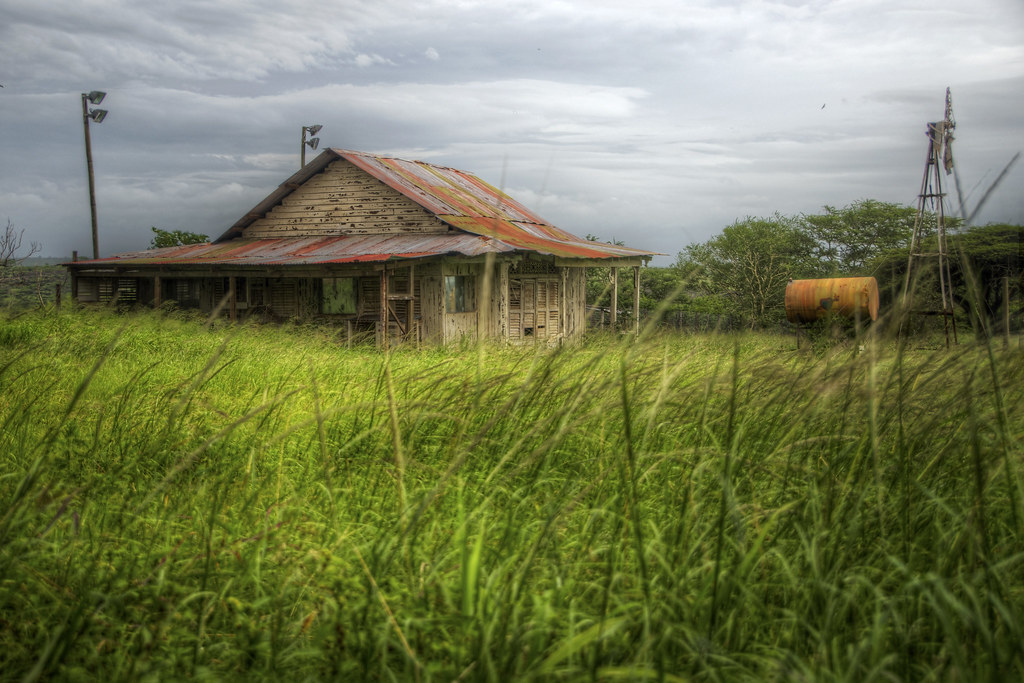 Though I have a creeping suspicion that I’ve misidentified this lovely little African bird and his breed-season plumage, I nonetheless really like the juxtaposition of avian delicacy with brütal thorns. 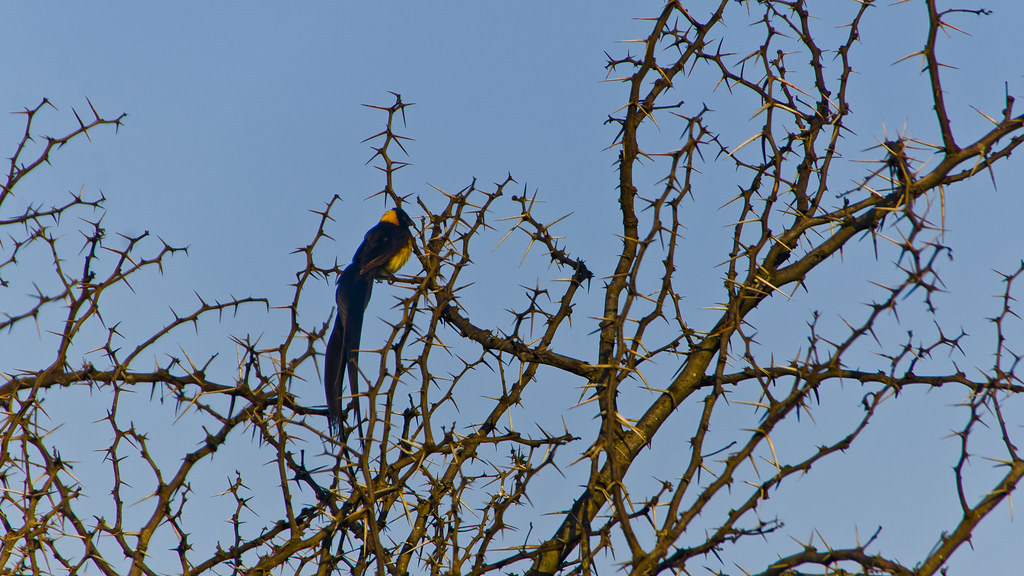 I know camouflage is situational, but this is ridiculous. 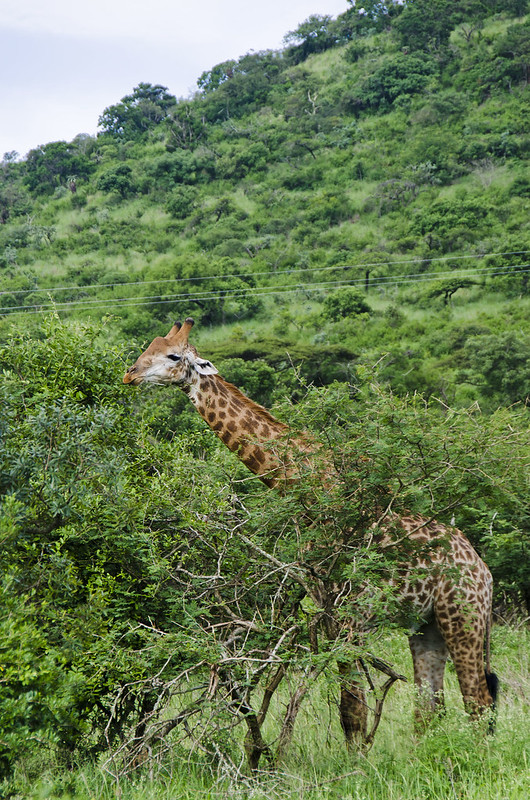 During my safari in Zulu Nyala, I came face-to-face with this Cape buffalo. They’re apparently unpredictable, and have never been domesticated. I appreciate the idea of the “rogue cow cousin,” like the Wolverine of cattle. 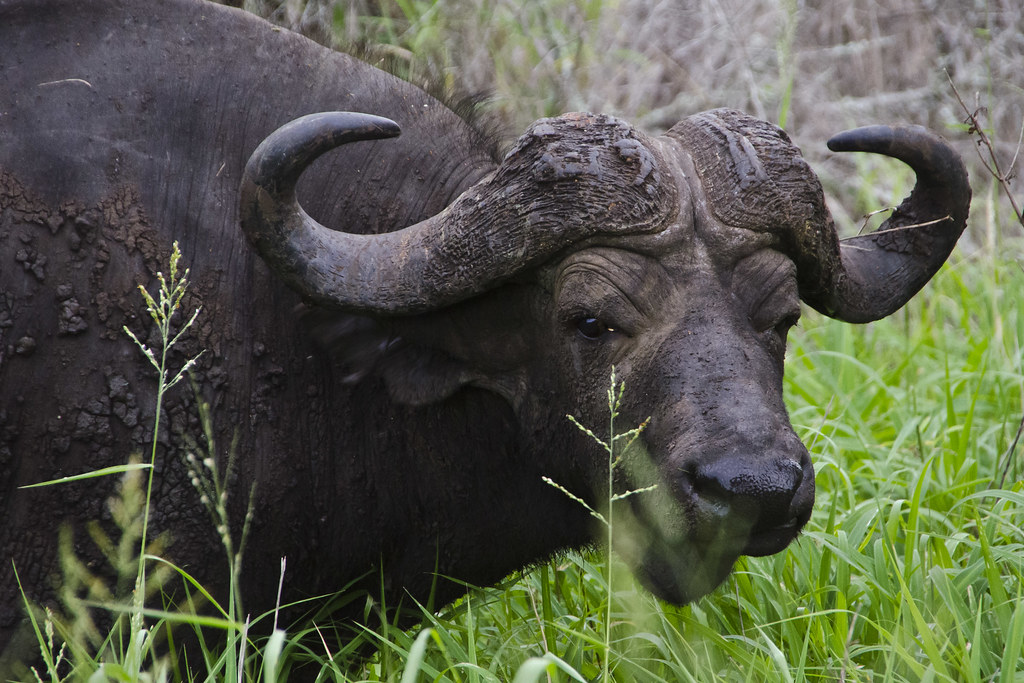 During our time in Zulu Nyala (in eastern South Africa), we visited the set where the film “I Dreamed of Africa” was shot. Since the movie was finished, the area has been used for some other purposes, but it’s largely intact (if abandoned) in the state it was when it was last used. The benches and chairs are welcoming, even amid the overgrown grass, but in places you find the strange artifacts of the set’s true purpose. One-way mirrors and weird hiding-places for cameras are all over the place. 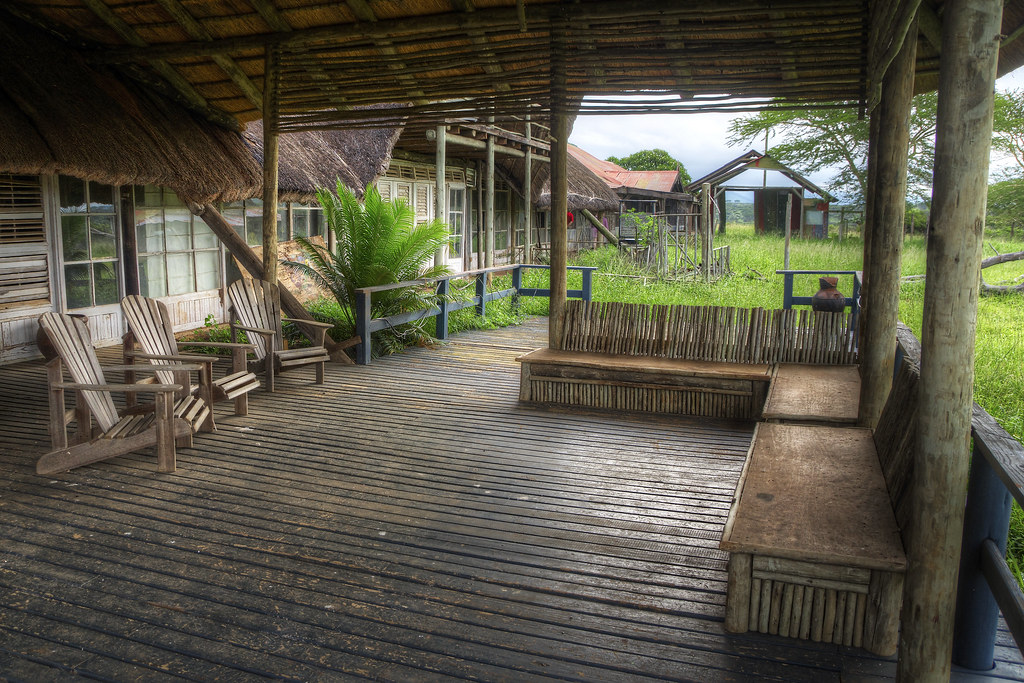 Portraits are less frequently my subject than landscapes, but I’d like to think that this image captures the best of both worlds. As we rolled across the savannah of Zulu Nyala in South Africa, I was able to capture both Piper’s windswept excitement and the broad expanse of green grasses and blue sky in her sunglasses. (And even a hint of our truck and our guide.) 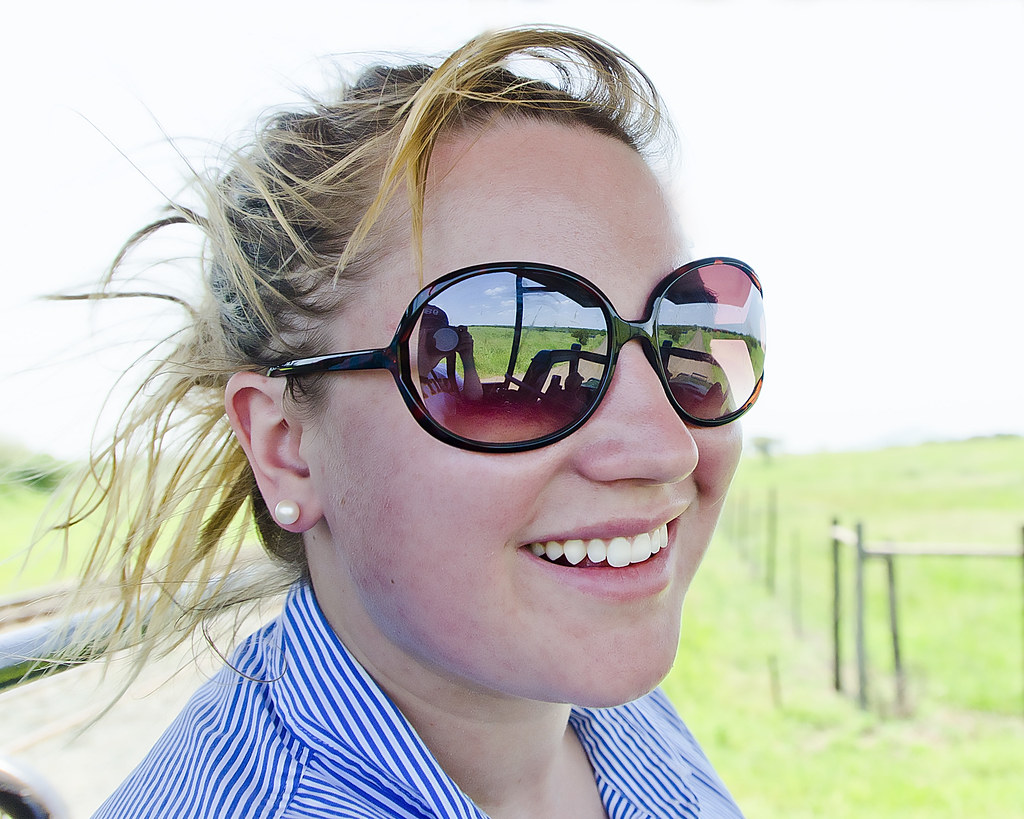 On the shores of the Indian Ocean, muddy with silt washed down by seasonal thunderstorms, locals fish and tourists stroll. The mist and fog and spray make the scene extra-mysterious, but my favorite part was the enormous, shrub-encrusted sand dunes. Think of it as “Arrakis after the God Emperor,” to borrow from the imagery of Frank Herbert. 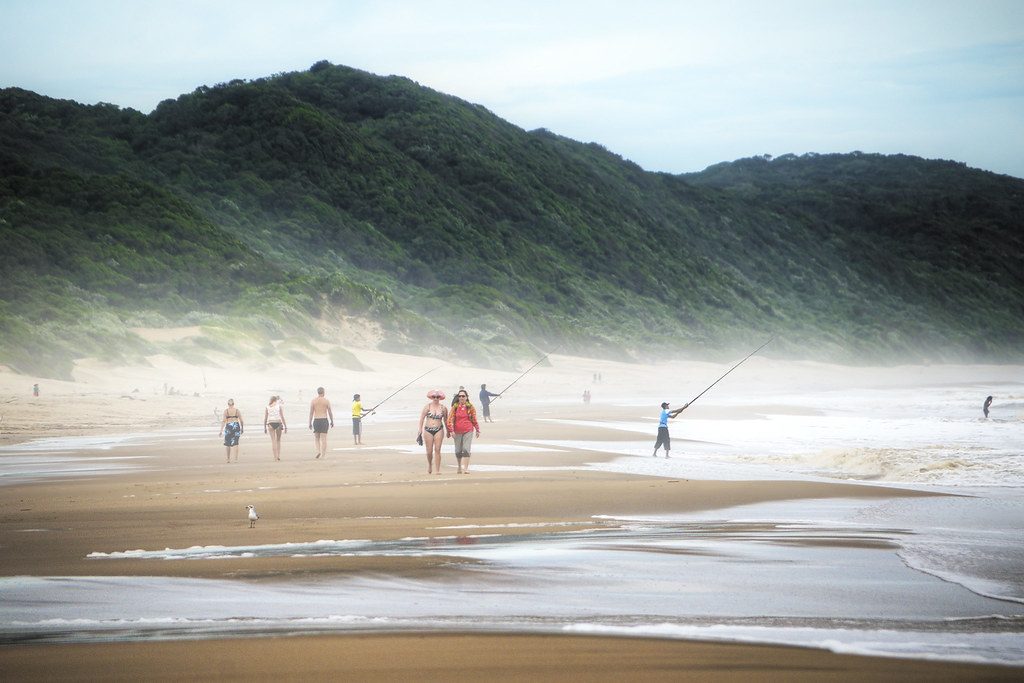 Today is Friday and I couldn’t resist posting another shot—a total contrast (pardon the pun) from the last shot. I wanted something else to take me away from the rainy-day New York. Back in St. Lucia, South Africa, Volkswagens are ubiquitous. Though the look like relics of the 1980s, many of them are models still being produced today. It’s a different world, where the perfectly lightweight hot hatch heyday never ended. 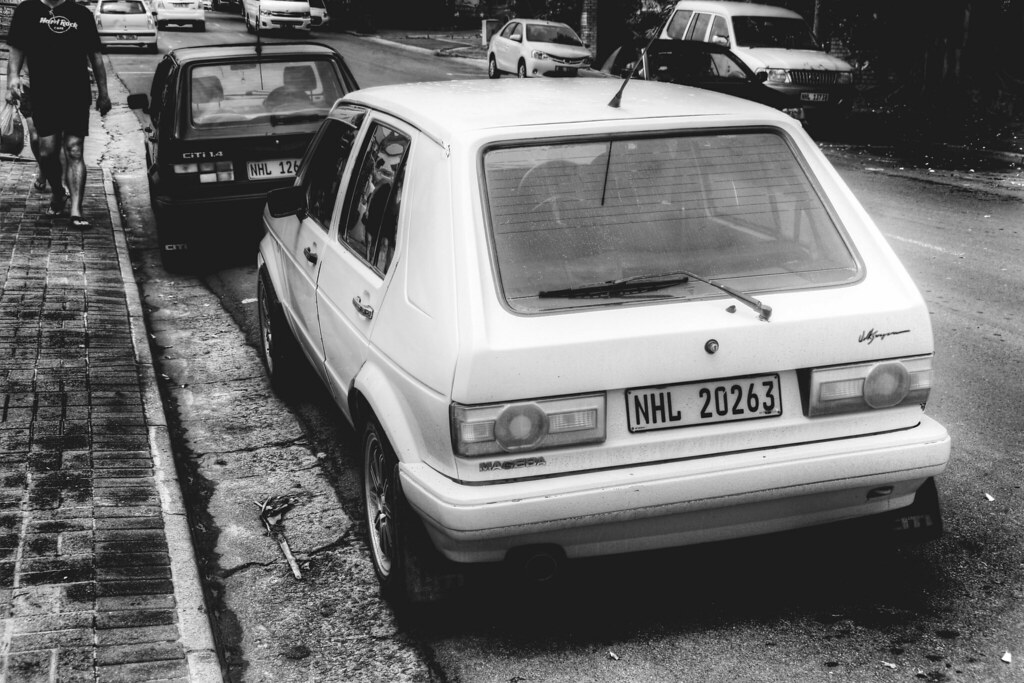 Weaver finches are everywhere in South Africa, building their nests in any tall plant. Safety in numbers, however, pushes them to push their cellulosic hosts to their limits. Trees are completely filled with nests, the avian equivalent of an apartment complex.

In Zulu Nyala reserve in South Africa, the sky is always dramatic and the hills roll on forever. The feeling is primal, that this place has been wild forever. (And hopefully always will be.)

Trips through Zulu Nyala went out morning and evening, and as such we experienced some fantastic late-morning and early-evening scenes. (Particularly if, as on this afternoon, a massive rainstorm had just occurred.) This particular vista includes the mysterious aloe hill, where the other savannah foliage is mysteriously absent, with only the alien aloes remaining. An invasion? Could be.

The whole 2013 shebang came to an end in Johannesburg, South Africa, on the way back from safari. Stuck with a long layover and nothing better to do than absorb the last photons of this trip around the Sun, I looked up at the flare-clouds and stewed in the alien environment of an airport on the other side of the world. The flight home was almost 17 hours long, and took place in sync with the rotation of the Earth, such that we spent the entire time at night. In the darkened cabin, we passed from New Year’s Eve to New Year’s Day, 2013 to 2014, six or seven times. Stuck between continents, between years, between moments, the warm final spectral fuzz of the Sun lingered in my brainspace.

For all of the anecdotal (and statistical) dangers on the road in South Africa, people spend a lot of time there. (Really, you could say the same of the chief transportation modes in any part of the world.) Whether it’s walking, hitchhiking (lots of hitchhiking), or hanging out in the back of an invincible Toyota, people get to where they have to be.