The bridge in the distance is the Pont au Double, and it is one of several that connect the Rive Gauche to Île de la Cité. That central island fascinates me because it is the site of the medieval refounding of the city. The island used to be packed with residences alongside government and religious buildings. Today it is almost entirely dominated by the latter buildings (like Notre Dame on the right), yet I heard that census information still lists a few hundred people living on the island. Where are those last homes hiding? 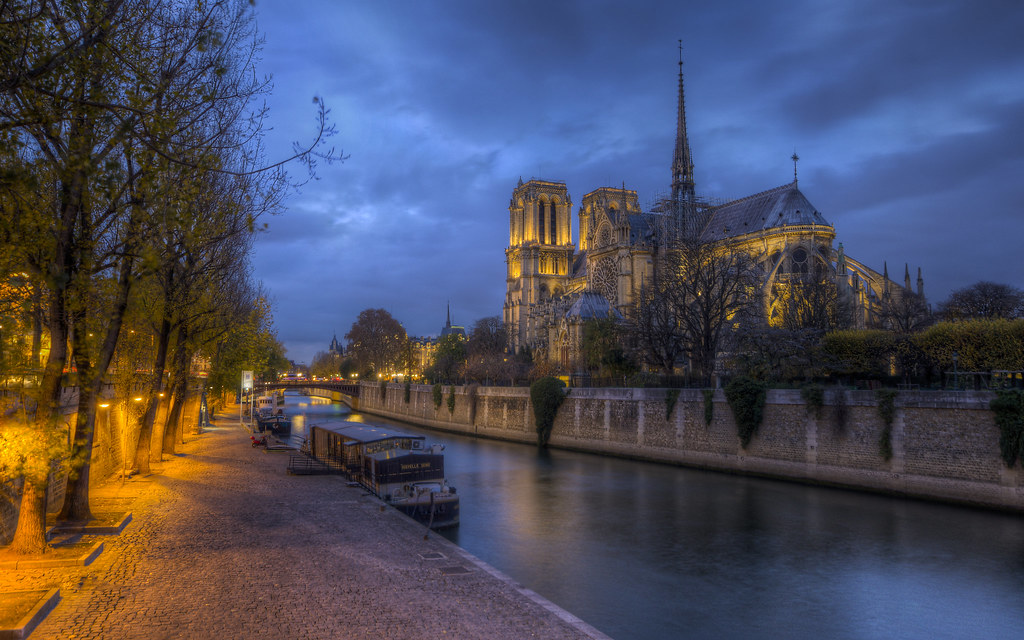