In the era before the Bay Bridge and BART tunnel, the ferry between the East Bay and San Francisco departed from the end of a long pier. (The pier used to be even longer—the Berkeley Marina extended into the water around it.) The ferry ended service in 1937, after the bridge opened, but remained a popular location for fishing until it deteriorated to its current unsafe state. I’m kind of fascinated to see its skeleton jutting out into the Bay, a linear form amid rolling marine layer clouds. 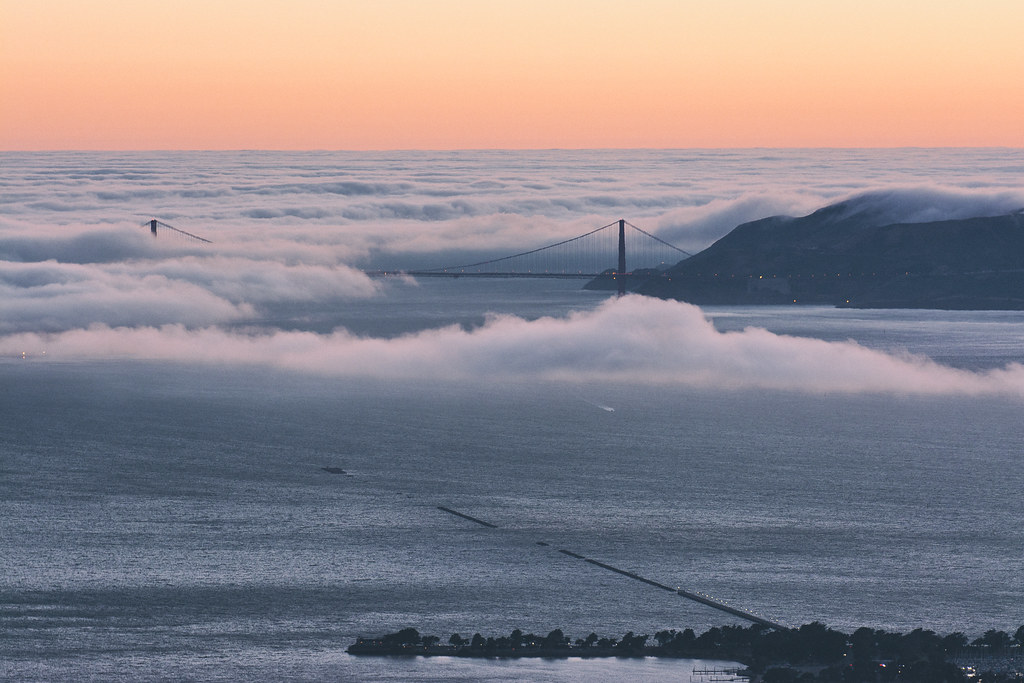