Spending the past decade in urban environs, easy access to cuisine from outside the European canon was always a given. When I arrived in the North Country, I was ready for the snow—but perhaps not for the near-total absence of food from Asian cuisines. Just up the road from Dave’s II (which I’ve photographed previously) is No. A-1 Oriental Kitchen, which seems to satisfy every preconception of what a Chinese food restaurant in New York might be (according to twentieth-century American cinema.) 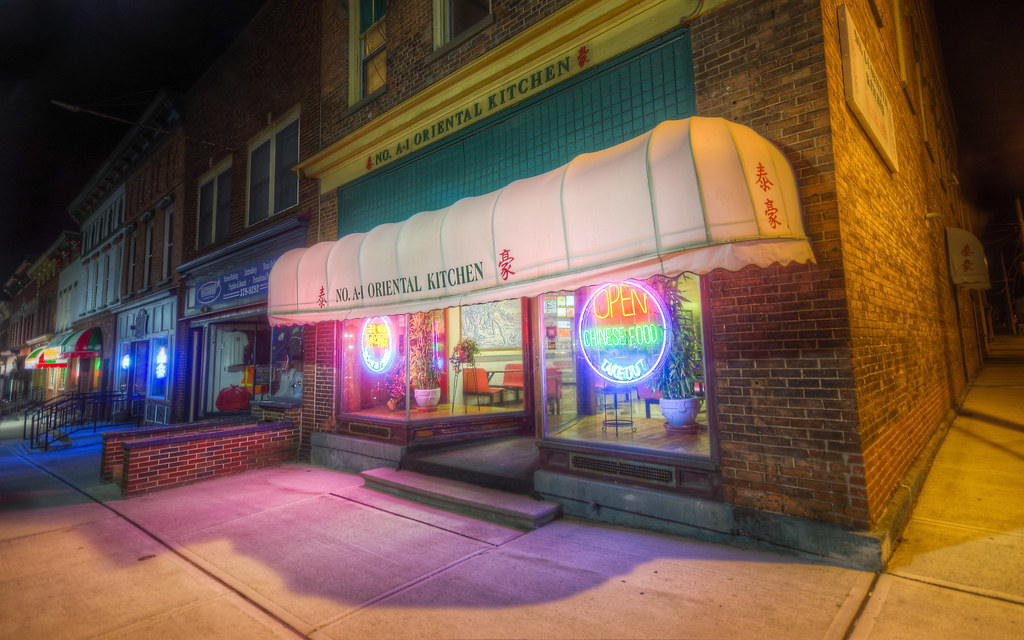