New York has something for everyone (perhaps even the nature lover in Central Park); it feels at times like a Swiss Army knife of a city. When I took this panorama originally, it was so large that it didn’t fit well as a single image. Collapsing the picture to a “tiny planet” stereographic projection, the image now looks literally like those images of a Swiss Army knife, opened to show all of its different components. 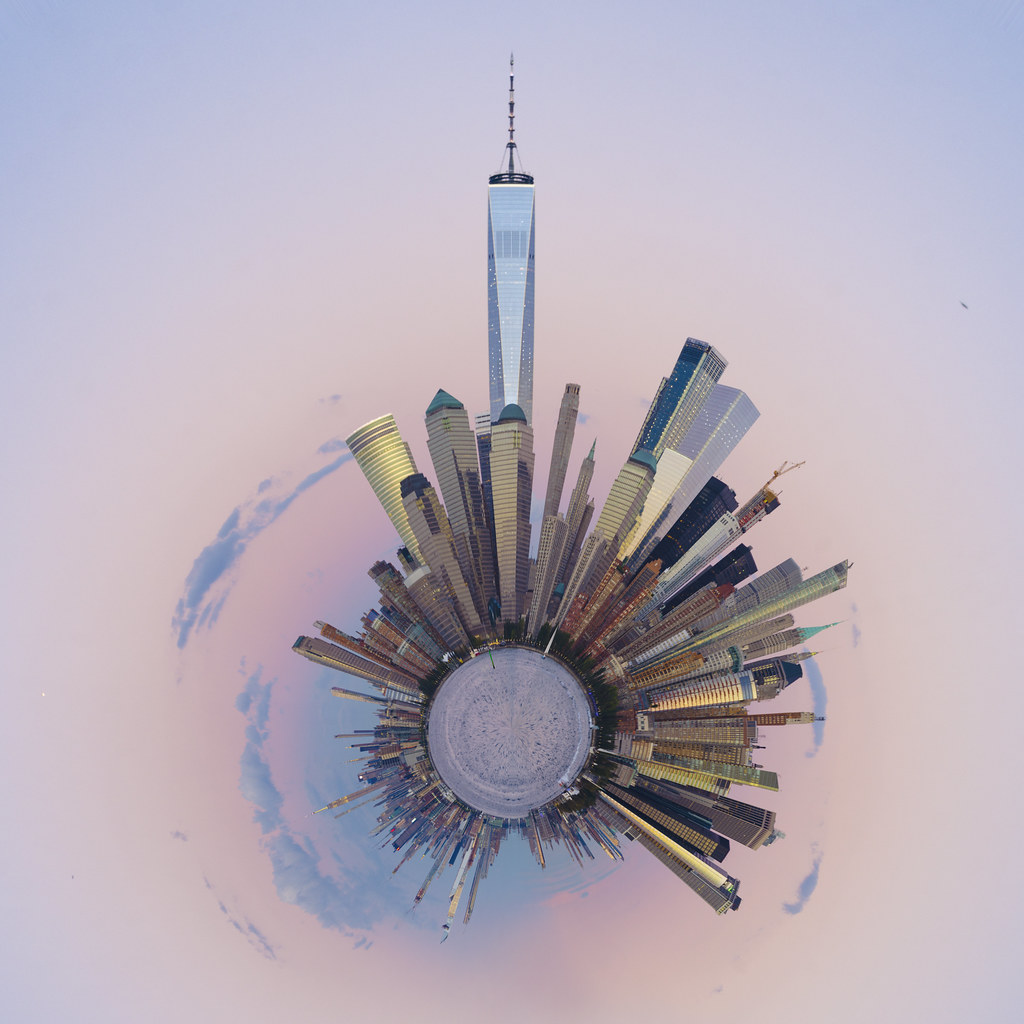