Though many may call this piece a pyramid, the pyramids with which we’re most familiar have a four-sided base. This structure has a three-sided base, making it a tetrahedron (a structure that I, being a chemist, see constantly.) Speaking of chemistry, my favorite aspect of the structure is the uneven oxidation. Though initially painted white when placed in the salty Salton Sea, corrosion has crawled up the legs, forming a gradient from most-corroded at the water’s surface to pristine at the pinnacle. 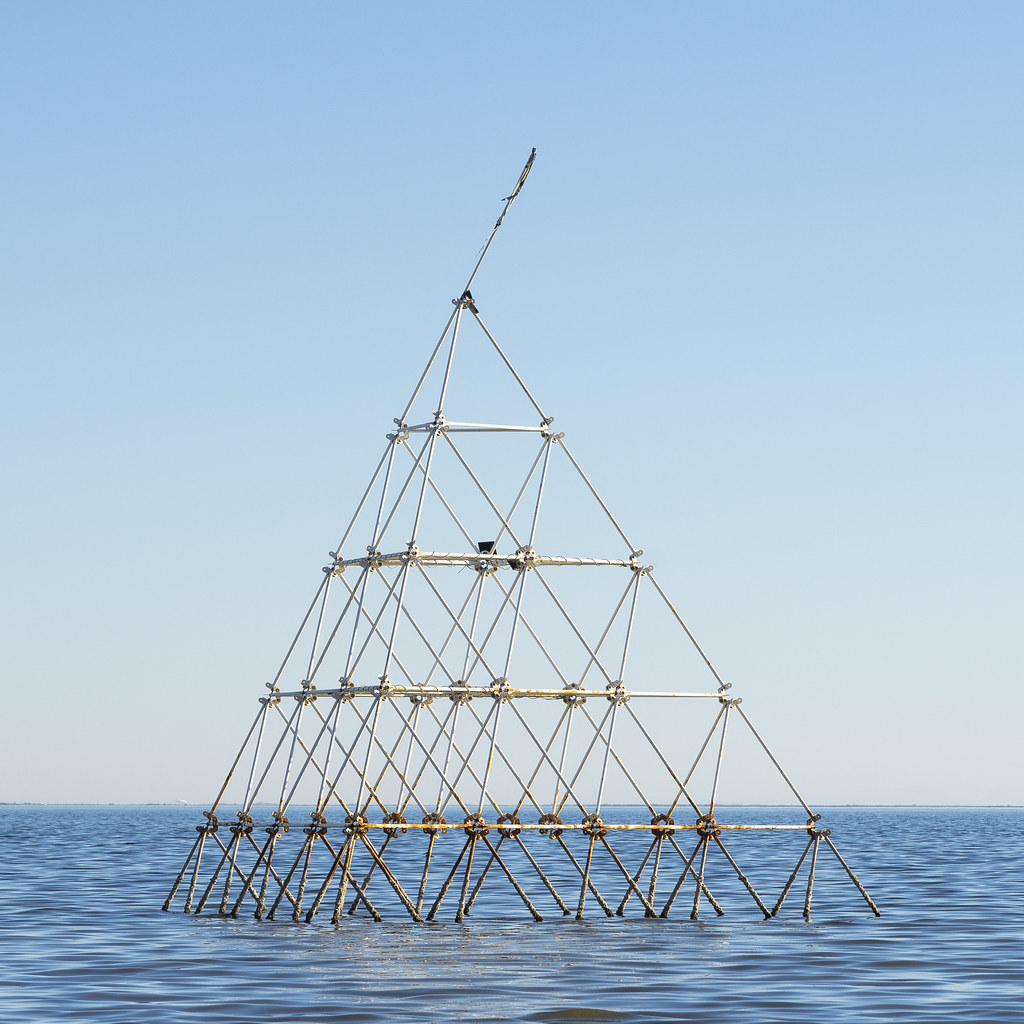